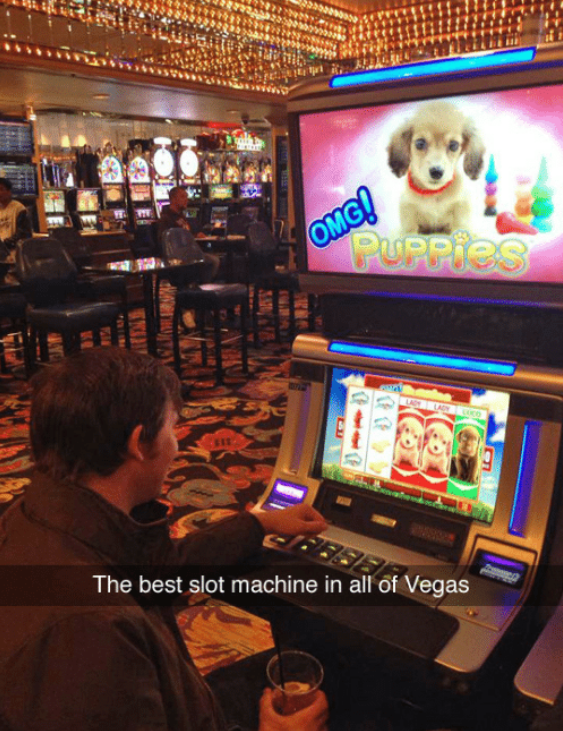 Imagine losing your life savings on this thing! Or winning the jackpot on it even. Who would you tell!

Whether you’re a casual casino goer who enjoys a controlled yet entertaining flutter, or a balls-out braggart who walks in with bundles of cash and stacks chips sky high, you will no doubt be looking for that often elusive ‘big win’. A dream run where you enter ‘God mode’ and everything you touch turns to gold. We’ve all had moments of that, but all too often they are fleeting. Some though, get to live this dream, and so what follows are a couple of examples of those who experienced at least a moment in time where they had the midas touch.

Much like people who claim not to like music, I can never quite bring myself to trust a person who hasn’t ever been to a casino. Whether dreaming of that Royal Flush on an online poker site, or hitting up a bricks and mortar establishment to show them how it’s done it’s something everyone should experience at least once. These two no limits individuals opted for the latter option with quite some gusto!

Sherwin by name, win by nature! This World War II veteran wasted no time in becoming a multi millionaire, by turning up to play slots at the Mirage, Las Vegas just ten hours after it opened to the public. This fortuitous decision resulted in his first jackpot of a life changing $4.6 million.

Thinking there was more luck to come, Sherwin would occasionally travel the world playing slots and hoping to win yet another big jackpot. In proof that lightning apparently does sometimes strike twice, sixteen years later at the ripe old ageof  92, he hit another jackpot, this time to the tune of  $21.14 million on a Megabucks slot machine at the Cannery Casino & Hotel, Las Vegas. In a sign that the win went to the right man, Sherwin was generous with his windfall, donating to the Hurricane Katrina relief fund as well as helping support his family and friends.

Archie Karas went to Las Vegas with just $50 in his pocket before going on to borrow a further $10,000 from a friend. His intention, to win big at Razz, a poker variant,  in order to claw back some of the $2 million he had recently lost in a Los Angeles high-stakes poker game. He certainly achieved his goal and then some as the money he was loaned quickly ballooned into millions.

Karas amassed these millions by playing a series of pool games against an unknown individual in the Liberace Plaza on East Tropicana, before then taking him on at Poker. $4 million up, this drew the attention of others. What unfolded was Karas beating a succession of poker greats such as Stu Ungar, Chip Reese, Puggy Pearson, Johnny Moss, the list goes on. To comically top things off he then switched to dice, and won yet again. he was eventually $40 million up.

Of course as you might expect with someone so gung-ho unfortunately just a year later he’d lost it all (over a three week period – including an $11,000,000 dice loss, and $17,000,000 loss at baccarat). he’s had a few mini runs (by his standards) since, including one in which he turned $200 into close to a million but as per usual it typically ends badly. He’s certainly a man with talent, but unfortunately he clearly doesn’t know when to call it a day. 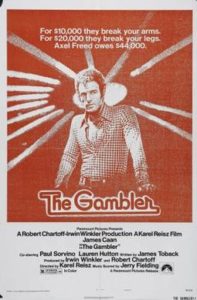 Not to be confused with the 2014 remake, the original 1974 version of ‘The Gambler’ is crime drama film directed by Karel Reisz and starring James Caan, Paul Sorvino and Lauren Hutton. The orginal screenplay, written by James Toback, was described by the author as ‘blatantly biographical’; by his own admission, Toback gambled ‘recklessly, obsessively and secretly’ while teaching literature at the City College of New York.

Three Oranges on the Slots – Am I Rich Yet?

I have, over the years, been called a slots connoisseur a time or two, at least I think that’s what I was called, I didn’t quite catch it really. And to be honest, it’s more that I grew up around slot machines, or a slots machine at least. It all sounds rather bizarre looking back, but as a child we had our very own slot machine is our garden shed. It wasn’t one of these new-fangled slots, it was in fact an old fashioned one armed bandit that my father picked up at an auction. Even the currency was outdated with the opportunity to win 5D (what?!) and the like instead of pounds sterling. There was no funfair style accompanying sounds either, just a few clunky noises and light bulbs flickering on and off.

What really irked me though was that the winning didn’t seem to align well with what I thought I’d receive. I distinctly recall being peeved off by my return from three oranges, rapidly brought down from my assumption that I’d be catapulted out of the shed by a deluge of coins.

Of course nowadays slots are so varied that the hierarchy of what is or isn’t a big win is anyone’s guess. The number of reels has expanded and there are countless ways to win, so now you may well find yourself on The Times Rich List on account that 12 space aliens, or 8 Pamela Andersons rolled in for you. That’s part of the fun with slots now though; the variety of what’s on offer. Slots based around game shows, TV series, sports teams, cats, dogs, lizards, wizards. You name it there’s a slots option that ticks the box. Of course this is true of offline slots too, but it’s online slots where it goes next level. There are countless fun and vibrant games on sites like Avenger Slots Casino that cover the gambit of themes including Rainbow Riches, Starburst, Joker’s Jewels, Bronco Spirit, the list goes on. New player bonuses and loyalty rewards are also available.

It’s no doubt easy for online slots sites to streamline the process of bringing an idea to life much sooner than a bricks and mortar casino. As such, online play offers the benefit of having access to a wide range of ‘hot off the press’ slots games – and a great way to enjoy your downtime. If luck’s on your side too, who knows, it might even benefit your bank balance too and if you’re really lucky you might even get three oranges! Maybe it offers a better return now!

In these solitary, locked down days, a knock on the door from a grocery delivery driver can start to feel like a much anticipated visit from a long lost relative. Add rain into the mix and life starts to feel like some kind of perverse yet boring reality TV show. At times like this we need stimulation. Finally getting around to watching that backlog of movies you’d been meaning to, dusting off a few books, DIY, cleaning your shower curtain for no reason (again). Life can get dull. The one shining light though – the trump card of the modern age – is Internet access. All of the genuinely fun stuff we love on the outside, such as casino games, is available at the click of a button.

Just weeks before our usually mile a minute world decided to put its feet up for a bit, I was at one of my favourite Grosvenor Casinos on the coast. I’m not a regular, so for me and my accompanying family members it was a bit of a treat to be up close and personal with the “big hitters” with no shortage of casino games such as roulette, poker, and of course slots to choose from. When at home I’d typically be going spins crazy on the likes of the games at Slot Strike Casino (check out Rocket Men :-D), but in a bricks and mortar establishment I tend to feel the place out and see which slots offerings are drawing people in. I can often be spotted hovering around near someone on a losing run, waiting to pounce!

It’s not uncommon for me to have good fortune on my side as I’m spinning those wheels, and I’ve had and witnessed a few memorable wins on that other casino wheel, the roulette wheel too. An improbable time where my brother got a single number up three times in a row, a Nostradamus style run while choosing between red and black. Fun times to look back on. So, at this bore-tastic moment in time, I’ll be loading up my web browser and recreating some of those treasured casino memories in the comfort of my own home. Of all of the casino games, online slots and roulette are often the most faithful to their real life counterparts, and so let’s hope my trademark casino good fortune sticks with me online as well as off.