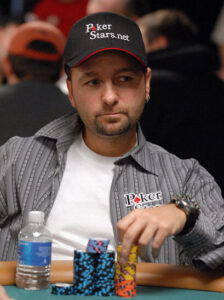 Daniel Negreanu must be good at what he does to be a person who inspires ever new generations to join the gambling arena. If that thought has ever crossed your mind, you can rest assured that you are not the only one. Daniel is more than good enough to inspire both current generations of poker players and generations to come. He has achieved almost all that’s to be achieved as a poker player.  The Canadian poker player has won the World Poker Tour title twice and the World Series of Poker bracelets six times. Let’s learn more.

Daniel Negreanu was born in 1974 on 26th July in Toronto, Ontario, Canada. However, he now resides in Las Vegas, Nevada, U.S. That doesn’t come as a surprise since the city is famous for gambling—what a perfect residence for a professional poker player like Daniel. At the age of 4, he had started dreaming of becoming a millionaire. He wanted to gift a house to his mother in California and relocate her one day.

At the age of 15, he started sharpening his skills of becoming a professional snooker player. He would play poker, and by the time he was 16, he had graduated to visiting pool halls, playing cards, sports betting, and hustling. He eventually dropped out of Pineway Public School. He became a rounder and would also participate in illegal games. He was once married to Lori Lin Weber for two years but remarried to Amanda Leatherman 12 years after his first marriage ended.

Daniel was 22 when he decided to get a taste of Las Vegas. However, he was shocked to know that his bankroll needed a rebuild, and that’s when he decided to return to Toronto. He returned to America later and also gave poker another chance. It paid off since he has now achieved 6 WSOP bracelets including 2 WPT titles.  As of 2019, he only fell third after Bryn Kennedy and Justin Bonomo, among the most outstanding live tournament poker players. That’s because, at the time, he had won $42 million in prize money. Other titles include WPT Player of the Year, WSOP winner of the Year twice, and an induction into the PHF.

Chasing one’s dream pays off. You have to work relentlessly until you make it. That’s what Daniel Negreanu teaches us. He wanted to be rich, never gave up, and he is now rich and famous. Even when The Strip was harsh to him, he retreated, rejuvenated himself, and had a comeback.