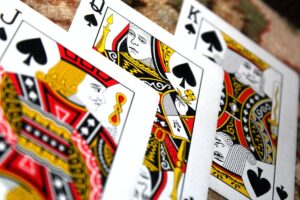 The late Fouad al-Zayat, who died in Lebanon in 2018 at the age of 77, was a Syrian-born businessman, known in casino circles as the ‘Fat Man’. A prolific, but secretive, gambler, the twenty-stone billionaire regularly frequented Aspinalls Club in Mayfair, in the West End of London between 1994 and 2006. Initially, al-Zayat gambled tens, or hundreds, of thousands of pounds in a single visit but, towards the turn of the century, satisfied the definition of a high roller, or ‘whale’ in casino industry parlance, by raising his stakes to a million pounds, or more, in a single visit.

All told, in a twelve-year period, al-Zayat gambled £91.5 million at Aspinalls, losing £23.2 million, or 25% of his stake money. However, in March, 2000, al-Zayat drew four house checks for £500,000 apiece and lost all £2 million playing blackjack. He subsequently cancelled a cheque for £2 million, following a row over a croupier and, in 2006, Aspinalls sued him for that amount, plus £50,000 in costs. Initially, al-Zayat was ordered to repay the debt, but successfully appealed to the High Court on the grounds that Aspinalls had allowed him to defer payment for twelve months and, thereby, effectively allowed him credit that was illegal under the Gaming Act. The High Court judge agreed and the original ruling was overturned, effectively wiping out the debt. In 2015, al-Zayat was tried in absentia, convicted and sentenced to life imprisonment for bribery in Greece and, at the time of his death, was also wanted for fraud in Cyprus.