He’s Got a Bit(Coin) of a Problem! 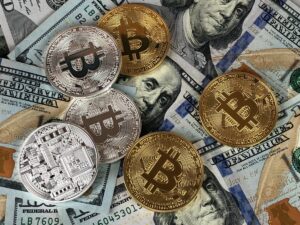 As many of you will no doubt know, bitcoin is sometimes used as a payment method in online casinos. Such avenues to spend (and of course win!) are only natural for an online currency, and arguably contribute to its place and relevance for society. That said, I don’t actually own bitcoins myself even thought I’ve often talked about them over the years. Really I’m kicking myself because if I’d ‘had a punt’ clearly right about now I’d be sitting pretty.

For the longest time I didn’t actually check the value of them on account that I knew I’d messed up and didn’t want to see how badly. The sense of dread that sets in when you realise that a virtual currency you pondered buying at $4000 a few months prior is now at the $30,000 mark. Still, however bad I feel it pales into insignificance when compared to the Bitcoin experience of Newport, Wales man James Howells.

Howells had the foresight to obtain a substantial 7500 bitcoins in 2009 for almost nothing, but unfortunately also had the misfortune to accidentally throw out his hard-drive in 2013, when the coins were worth a cool £4,000,000.

“I had a clearout of my old IT equipment – I hadn’t used this drive for over three years, I believed I’d taken everything off it… so it got thrown in the bin.

I had been hearing a few stories of a chap from Norway who had bought a number of coins for a very low price and had sold them for a high price and that’s when I got back into checking the price and seeing what I’d done.

When I found out what the price was, the penny dropped and I realised the coins I have ‘mined’ were on the drive I had thrown away. There was not a lot I could do.”

Without backups and with no joy getting the local tip to search on the local landfill site all hope was lost. To make matters worse the coins would now be worth an astonishing £210m. Howells has again recently pleaded with the council to let him search the tip, and has had interest in helping him. He’s even volunteered to donate a very substantial portion of the money if he’s allowed to do so, but so far hasn’t received a positive response.

So the next time you regret not buying bitcoins back when they were giving them out like candy, at least be glad you’re you didn’t buy and then lose them, like this unfortunate soul and many like him!