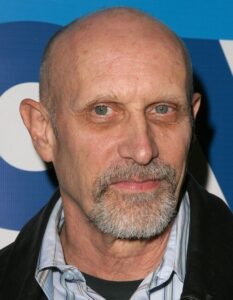 Richard Marcus is one of the smartest casino cheaters in the world of gambling. Initially, he started fairly playing gambling but with time he showed his cruel side to win more amount. He and his team were well-known and praised by others because they have brilliant minds and the way they managed to cheat at the casinos.

Since childhood, it was quite noticeable that Marcus had a keen interest in gambling. Once he was playing baseball cards with his classmates where both players will flip a baseball card from each side, the one having a better score will take both cards. He realized that he was being cheated as his opponents were peeking at his sets and resulting in him losing the entire baseball cards collections to them. But he was feeling fascinated by the way he got cheated.

Later on, he was introduced to a race track where enjoyed his vacations betting on the horses. One afternoon, he won $30,000 and immediately headed off to the Las Vegas to try his luck in the gambling world where he started playing his favorite game, Baccarat. Unfortunately, he lost all his winning amount from the race track in a single night which forced him to go back home full of discouragement.

This made him remind of his childhood days, how he got deceived in the card games which made him decide to beat the casino.

Marcus started doing a job as a dealer for Blackjack and Baccarat at Four Queens Casino so that he can improve his skills by paying attention to the moves of other players and dealers, where he learned how to cheat and win.

Since then he started to create various new schemes, notice every detail of dealers, and memorized various consequences he faced which helped him to reach where he is now- the greatest casino cheater in the gambling history.

Richard gained his name after he joined Joe Classon’s team where he created and executed falsely shuffling, mix-up roulette strategy, and betting after official bets which were highly illegal and a punishable offense by law as well as in the casinos.

After 12 years, he parted away from Classon’s team to make his team with three of his friends. He created new cheating techniques to make fools of the dealers by playing the ” innocent play card” to win the match. Later he runs away after winning the match.

Marcus has now officially retired from the gambling world. He had launched a website of his own where he teaches his cheating methods to other con artists. He is the author of the bestseller gambling books, “Identity thief, Inc” and “American roulette”.