What is Pai Gow Poker?

Online poker has been incredibly popular in recent years, with online poker rooms making it easier than ever for seasoned players and newbies alike to get their poker fix each day. Thanks to the convenience of enabling players to play on to go with portable devices or even from the comfort of their own home, the numerous bonuses and promotions that online games are able to offer, and sheer variety of poker games available, people have been flocking to online sites like a moth to a flame.

According to statistics from the New Jersey Division of Gaming Enforcement, the four states in the US that have legalised online poker; New Jersey, Nevada, Delaware and Pennsylvania, have recently reported 90.9% increase in profits year on year. There were also a record amount of new players since March this year. One of these types of poker that is becoming increasingly popular for online players is Pai Gow Poker. Let’s look at what exactly Pai Gow Poker is and how it can be played.

The origins of Pai Gow Poker

Pai Gow poker was adapted from a traditional Chinese game that was played with 32 dominoes. In the original game, up to eight players would arrange sets of four tiles into two hands – a back and a front hand. The objective of the game was to beat each of the banker’s hands, in which players could win wagers that were paid out at odds. The game was widely played throughout China and casinos in Macau and is also poplar today throughout casinos in the United States and the UK.

However, owner of the Bell Card Club, Sam Torosian in, invented Pai Gow poker in 1985. The game combines eastern and western elements of gaming, in which its purpose was to encourage more Asian players throughout casinos in the US. Starting in California, the game quickly spread to clubs and casinos in the likes of Las Vegas and beyond and later began to also be offered at online casinos throughout the globe.

Unfortunately for Sam Torosian, the original inventor of Pai Gow Poker, he was ill advised by his lawyers during the process of authenticating the game and did not get a patent. Consequently, Sam Torosian did not get any rights to the game and has not been able to make a profit from it, even though it has today become widespread and incredibly profitable for land-based and online casinos alike.

How is Pai Gow Poker played? 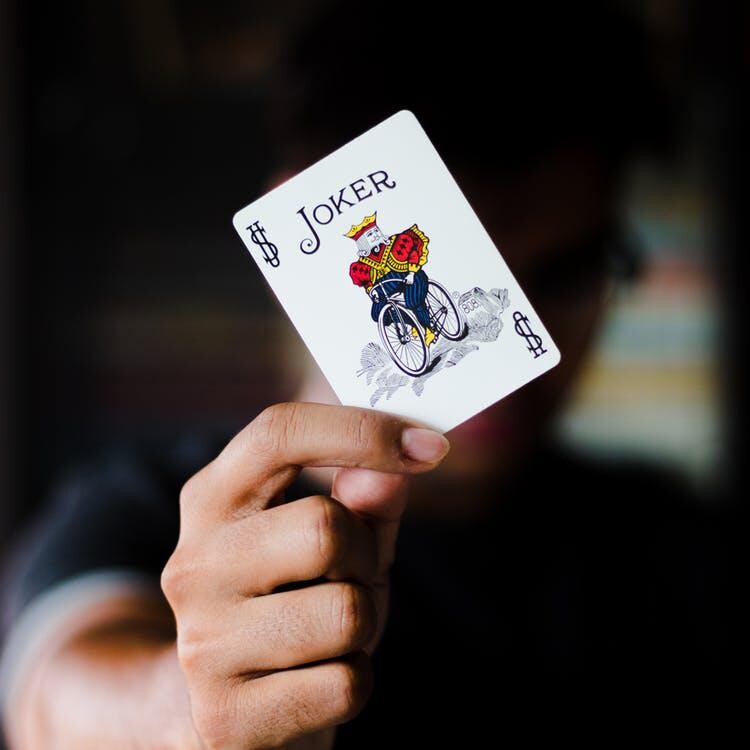 Pai Gow Poker is played with a 52 deck of cards and a joker card. It is different to many variants of poker where players play against each other as in Pai Gow Poker; players will instead play against a banker – who is usually the house dealer. However, occasionally players may seek to bet against other players, and in this case, one player becomes the banker and goes up against the other players.

Unlike the traditional Chinese game where there were eight players, Pai Gow Poker consists of six players and is usually played in the casino pits with similar games such as black-jack and three card poker.

If Pai Gow Poker is played traditionally, the object of the game is to defeat the banker by creating two poker hands. The game begins with each player placing a bet, followed by the distribution of seven cards to each player. After this, players will split their cards into a five card high hand, which is placed in the back, and a two card low hand that is placed in the front. The game states that a player’s high hand must beat the low hand.

Having a Pai Gow Poker strategy is vital, whether you’re a seasoned player or a newbie.

For the low hand, which is up front and consists of two cards, players should make pairs. For this, pocket aces are recommended, as the cards in this hand must not beat the five card high hand in the back. If a player’s low hand does end up beating the high hand then that player must forfeit or will have the hand reset by the master dealer of the casino.

One of the key differences of this game when comparing to other poker variants is that once a players hand is set at the beginning of the game, they can no longer change it and have to wait and see how it plays out. The ultimate aim is to carefully select your hands at the beginning so that they will beat the dealer.

Pai Gow poker can be a bit tricky in the sense that you need to know what you’re doing and what strategy you have from the very beginning of the game, as you won’t be able to reset your hand once you begin playing. There are no pre-flops or flops to help the player out, simply the two-card hand up front and the five-card hand in the back. One of the best tips is that if you’re lucky enough to be dealt a full house, it will be in your favour to break them up.

Now you’re all set to play Pai Gow poker. Just remember, it’s essential to have a solid strategy in place.