In the online casino world, the humble slot machine has become one of the most popular games with audiences all over the world. Much like their brick and mortar counterparts, gamers flock to online slots in droves and they can be found in the vast majority of online gaming platforms.

If you’re curious about playing online slots but don’t know the RTP from the Reels, keep reading for some useful tips that will help you get started.

A note on legality

As with all online casino games, online slots aren’t necessarily available to play in every country in the world, so if you do want to play them you will need to do so in accordance with your local laws. It goes without saying that you should only play real money games in a fully regulated casino, with an up to date licence from a recognised body such as the Malta Gaming Authority, the UKGC, the Kahnawake Gaming Commission etc.

A casino with a full licence to operate offers provably fair services and games, so you can be sure that each spin of the reel will produce a randomly generated outcome. If you’re ever in any doubt about the integrity of a gaming platform after visiting the site, a quick Google search should provide the answers.

Online slots have come a long way from the one-armed bandits of the 19th century! Modern software developers are producing slots games in pretty much any theme you can think of, from festive and holiday-themed games, to movie and television slots, comic book slots, action and adventure slots, and even Virtual Reality slots.

Regardless of the theme, all online slots games can be categorised as one of the following:

3 Reel Slots – the simplest of all online games, these slot machines allow players to win by matching symbols on the top, middle, or bottom rows. They’re a great starting point for new casino players, as they can often be played for minimal wagers and more often than not will be included in free spin promotions from gaming platforms.

5 Reel Slots – a more sophisticated version of the three reel slot, five reel slots operate on the same basis, but they typically offer more paylines, which means an increased possibility of larger payouts.

Jackpot Slots – the main feature of a jackpot slot is its accumulating prize pool, which is generated by multiple players each time they spin the reels of the game. Whether fixed or progressive, jackpot slots have become a firm favourite with online gamers, as they offer the chance to win some pretty substantial prizes.

Mega Spin Slots – one of the latest types of games to hit the industry, mega spin slots offer players the chance to spin multiple reels at the same time from a single screen. These games also offer the potential for big winnings, due to the fact that multiple games are played concurrently, so they’re mostly popular with advanced gamers.

Paylines determine which lines will award payouts if a winning combination of symbols is achieved during a game. In online slots games, players can choose which paylines they want to employ, and the more they choose the higher the chance of winning. Payline variations will determine the payouts, and they are typically either fixed or adjustable. Fixed paylines require players to stick with the same number of payouts throughout the entirety of their time playing the game, and once decided upon there’s no option to change. Adjustable paylines, on the other hand, offer more variety, since the paylines can be altered to either decrease or increase the amount being wagered.

Paylines are a key area of playing online slots, so before you lay down any cash it’s important to check what your options are so you can measure their potential impact on your ability to win with each spin.

The Return to Player (RTP) determines how much a slot machine will pay back to players per unit wagered. It’s more commonly listed as a percentage value on a casino platform’s site, and will typically be less than 100%. The difference between full payback (100%) and the listed RTP is the house edge, aka the casino’s profit. An RTP that’s in the high 90s is referred to as a loose slot, while one that’s lower is tight.

Some games feature an RTP range with a substantial difference between the minimum and maximum values. This is usually caused by the game having different paylines that can be chosen by the players, or differences in bonus rounds that payout according to the choices made by the players during a game.

Three Oranges on the Slots – Am I Rich Yet? 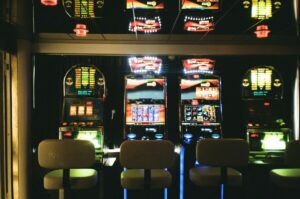 I have, over the years, been called a slots connoisseur a time or two, at least I think that’s what I was called, I didn’t quite catch it really. And to be honest, it’s more that I grew up around slot machines, or a slots machine at least. It all sounds rather bizarre looking back, but as a child we had our very own slot machine is our garden shed. It wasn’t one of these new-fangled slots, it was in fact an old fashioned one armed bandit that my father picked up at an auction. Even the currency was outdated with the opportunity to win 5D (what?!) and the like instead of pounds sterling. There was no funfair style accompanying sounds either, just a few clunky noises and light bulbs flickering on and off.

What really irked me though was that the winning didn’t seem to align well with what I thought I’d receive. I distinctly recall being peeved off by my return from three oranges, rapidly brought down from my assumption that I’d be catapulted out of the shed by a deluge of coins.

Of course nowadays slots are so varied that the hierarchy of what is or isn’t a big win is anyone’s guess. The number of reels has expanded and there are countless ways to win, so now you may well find yourself on The Times Rich List on account that 12 space aliens, or 8 Pamela Andersons rolled in for you. That’s part of the fun with slots now though; the variety of what’s on offer. Slots based around game shows, TV series, sports teams, cats, dogs, lizards, wizards. You name it there’s a slots option that ticks the box. Of course this is true of offline slots too, but it’s online slots where it goes next level. There are countless fun and vibrant games on sites like Avenger Slots Casino that cover the gambit of themes including Rainbow Riches, Starburst, Joker’s Jewels, Bronco Spirit, the list goes on. New player bonuses and loyalty rewards are also available.

It’s no doubt easy for online slots sites to streamline the process of bringing an idea to life much sooner than a bricks and mortar casino. As such, online play offers the benefit of having access to a wide range of ‘hot off the press’ slots games – and a great way to enjoy your downtime. If luck’s on your side too, who knows, it might even benefit your bank balance too and if you’re really lucky you might even get three oranges! Maybe it offers a better return now! 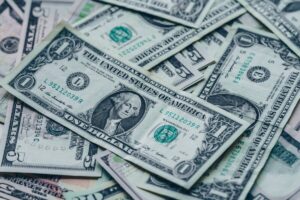 It would be fair to say that the late Kerry Packer could be described as ‘legendary’, both metaphorically and literally, because it is difficult to know which of the countless tales of his gambling exploits are entirely fictitious and which contain at least a grain of truth. One of the most oft-recounted, and believable, anecdotes of his derring-do at the gaming tables involves an encounter with a Texan, who had made his money in cattle, or oil, depending on whose account you believe, while playing baccarat in Las Vegas in the Nineties. Apparently, when Packer spurned his approach, the Texan boasted that he was a ‘big player’, worth $100 million; in response, Packer said calmly, ‘If you really want to gamble, I’ll flip you for it.’

What is definitely true is that, at the time of his death in 2005, Packer was the richest man in Australia, with a estimated net worth of A$7 billion, or approximately £5 billion by modern standards. Born in Randwick, New South Wales in 1937, Packer became chairman of a media empire, which included Australian Consolidate Press and the Nine Network, following the death of his father, Sir Frank Packer, in 1974. Aside from his business interests, Packer was known as a larger-than-life gambler, prone to turning up a casino at any time of the day or night and playing baccarat or blackjack, several hands at a time, for up to $US150,000 or $US200,000 apiece.

Known as the ‘Prince of Whales’, Packer won, and lost, millions of dollars; so much, in fact, that he could, single-handedly, affect the quarterly earnings reports of the casinos in which he gambled. In 1997, he reportedly won $US26 million playing blackjack at the MGM Grand in Las Vegas and, two years later, suffered the biggest loss ever sustained in Britain, £11 million, or $16.5 million, over a three-week period at Crockfords in Mayfair, London. Back in Las Vegas, he also reportedly lost $US20 million playing baccarat at the Bellagio in 2000, followed by another $US29 million at the same venue a year later. 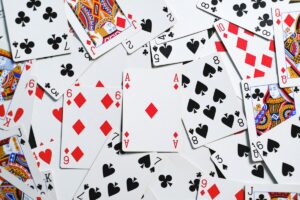