In a year in which any event taking place is a bit of a miracle, it pays to celebrate both achievement and community. In the casino world there can have been no better example of that than this year’s  Casino Collectibles Association Convention, held in Las Vegas (where else!). Despite no-one from the UK or Canada being able to attend this year the convention drew in an impressive 1800 people. The decision to even go ahead was initially delayed due to the pandemic and so it’s heartening to know that the spirit of those who still showed up could not be dampened. As the ‘world’s largest casino chip and collectibles show’ it was bound to draw in the crowds.

You may have already heard of the convention via the now several posts on the site pertaining to Gregg Fischer and his casino chip world record . His World Record Collection took pride of place at the event and his delight at being on show was evident to all. As reminder to the uninitiated, the Casino Collectibles Association tasks itself with preserving gaming history. Their website at http://www.ccgtcc.com states that they “have created a resource for information and history on gaming memorabilia – chips, tokens, dice, slot cards, playing cards etc”.  Its subsidiary is the Museum of Gaming History. Photos of the convention below provide a flavour of the occasion. 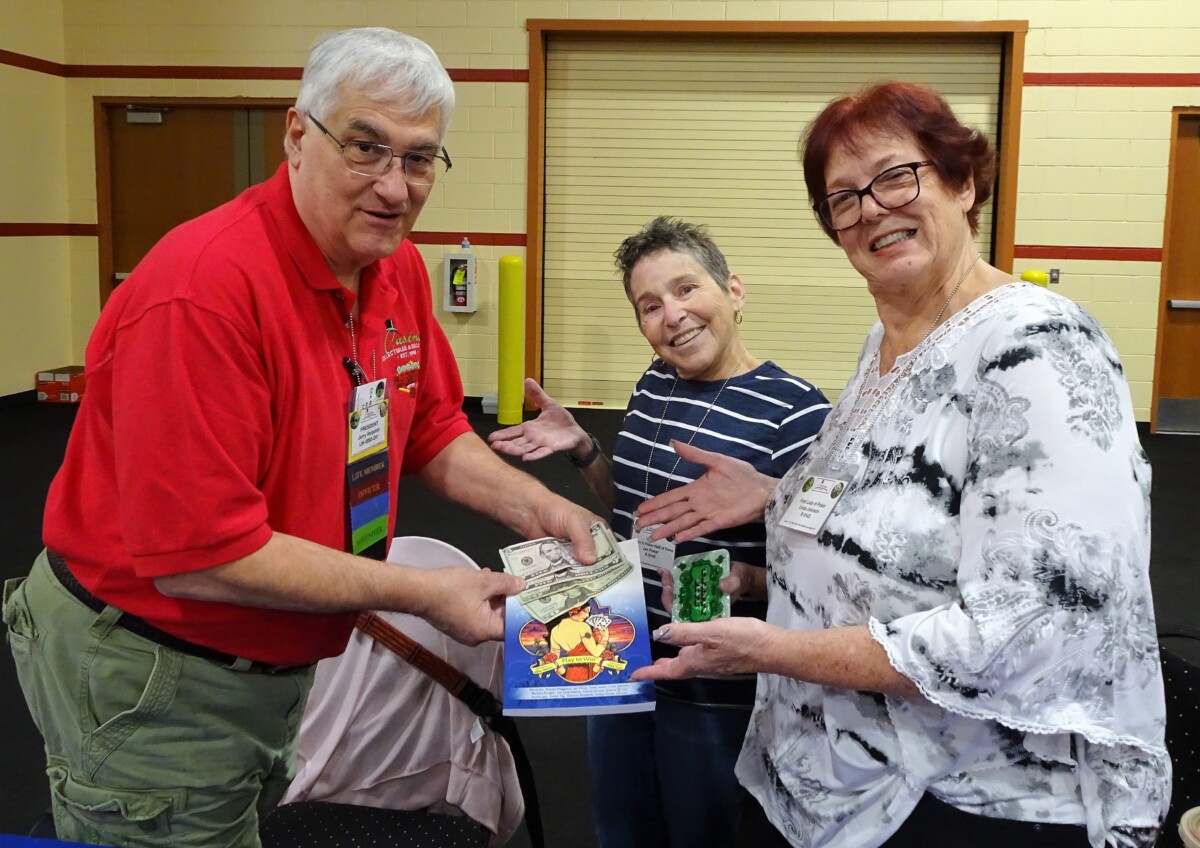 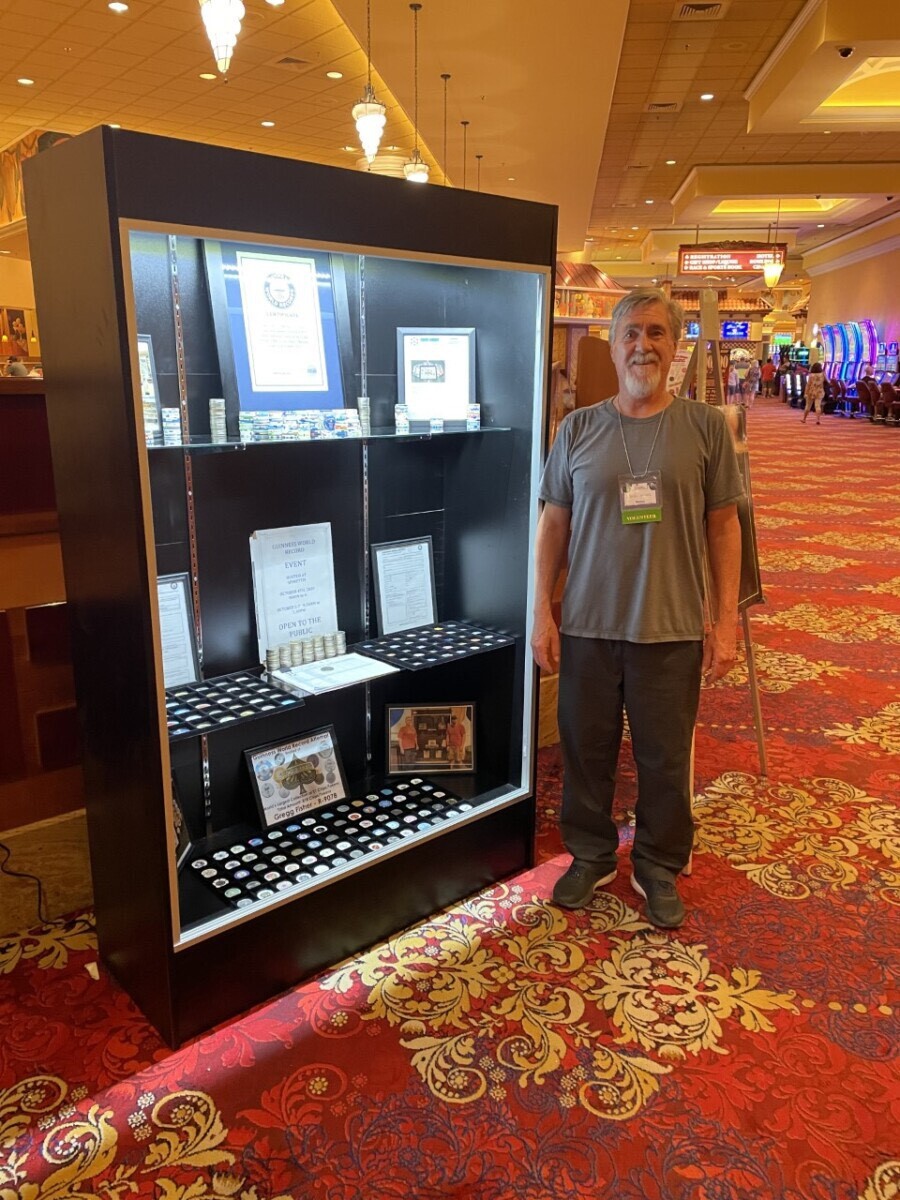 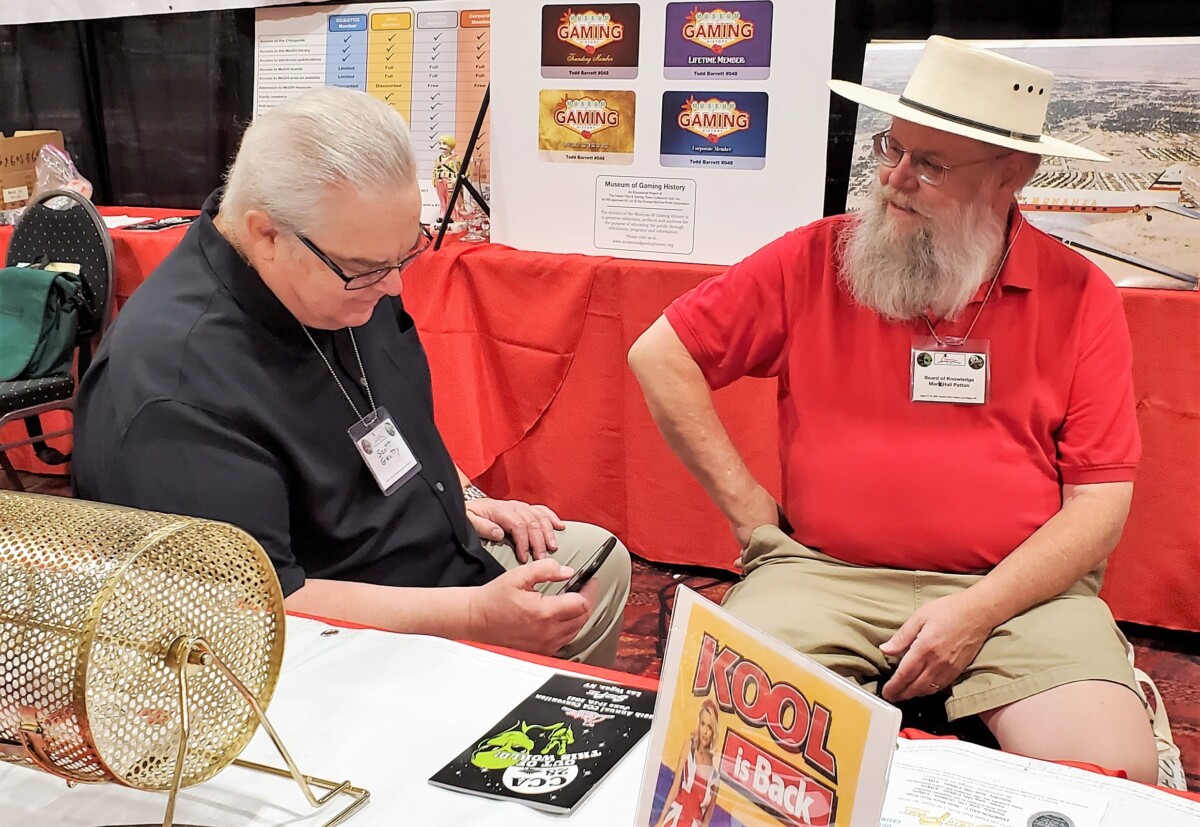 Of note, also is that Gregg Fischer is going to attempt to soon triple his chip collection record to 2222 casino chips and tokens. This has been a detailed, time consuming authentication and documentation effort because nothing less is accepted by Guinness (who reject 40% of record efforts due to imperfect documentation). All being the collection will be on display at Spinettis Gaming Supplies in Las Vegas on Septmember 30th. If approved the collection will also be on display at the Casino Collectibles Association’s (CCA) 29th annual show, held on June 16th-18th, 2022, at the South Point Hotel and Casino in Las Vegas.” Fingers crossed for Gregg!