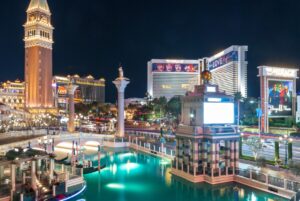 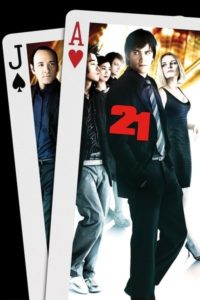 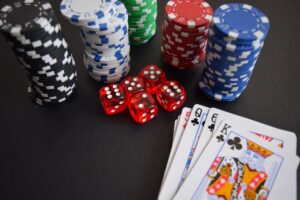 In simple terms, is a card game played with a standard, 52-card deck of cards, in which players bet on the value of their hands. The value of a hand is inversely correlated to the likelihood of that combination of cards occurring, such that three of a kind ranks higher than a pair, and so on. Numerous variants of poker exist, but in all cases players have the option of calling, or matching, a bet, raising, or increasing, a bet, or folding, which means that they take no further part in the hand being played.

Since the early Seventies, when it became the featured game in the World Series of Poker, Texas Hold’em has risen to become the dominant variant of poker worldwide. In casino poker, where a non-playing dealer does the actual dealing, a round disk, known as the ‘dealer button’, indicates which player has the dealer position. The two players to the left of the dealer button post ‘forced’ bets, known respectively as the ‘small blind’ and ‘big blind’, to ‘seed’ the pot and each player is dealt two cards, known as ‘hole cards’, face down.

The first round of betting follows, after which three shared or ‘community’ cards, collectively known as the ‘flop’, are dealt, face up, in the middle of the table. A second round of betting follows, after which two further community cards, known respectively as the ‘turn’ and ‘river’ cards, are dealt one at a time and followed by further rounds of betting. The winner is the remaining player who can form the highest-ranking five-card hand using a combination of hole and/or community cards. 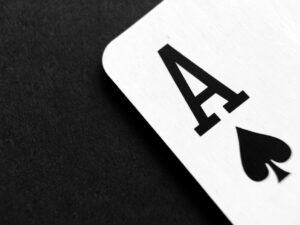 Ausaf Umar ‘Omar’ Siddiqui, also known to casino staff as ‘Mr. S.’, is a former vice president of merchandising and operations at Fry’s Electronics Inc. who, in 2008, was indicted, tried and convicted of one count of wire and one count of money laundering. Siddiqui signed a plea deal, admitting guilt to the two felonies, and defrauding his former employer of $65.6 million, provided the federal government dropped seven other felony charges; he was subsequently sentenced to six years’ imprisonment.

Siddiqui reportedly earned $225,000 a year, but devised a highly profitable ‘kickback’ scheme, wherby he would buy increased quantities of goods, at inflated prices, from some of Fry’s suppliers in return for a percentage of the total sales price. Indeed, he set up an entirely fraudulent company, called ‘PC International’, solely for the purpose of receiving millions of dollars in illicit payments.

Siddiqui used much of his ill-gotten gains to pay off enormous gambling debts in Las Vegas and continue his façade as a high-roller, or ‘whale’. Indeed, in his heyday, he was well-known on the Las Vegas Strip, where casinos vied with each other for his attention. They flew him to Las Vegas from his home in Palo Alto, in the San Francisco Bay Area of California, ‘comped’ him lavish accommodation, including the 7,000-square-foot Chairman Suite at the Venetian, for example, and extended him millions of dollars in credit.

In the space of a decade, Siddiqui gambled away as much as $167 million at the MGM Grand Casino, Las Vegas Sands Casino, Palms Casino Resort and elsewhere but, in 2005, his scheme started to unravel when a Fry’s employee caught sight of confidential documents, including abnormally high commission amounts on his desk. In 2011, Siddiqui filed for Chapter 7 bankruptcy, listing liabilities of over $136 million, mostly in gambling debts, against assets of less than $7 million, of which just $80 remained in his checking account.

Looking for the best online pokies and casino games to play in New Zealand?, then make sure to check out this NZ online casino Casimba.com